On June 6, 2019, the 3rd World Pest Day caused an enthusiastic response from all over the country and around the world . Various public welfare activities were held everywhere. As the day after World Pest Day is Global Food Safety Day, we should pay attention to the small pests around us, reduce the insect-borne diseases and reduce the probability of food-borne diseases.

As one of the first companies to initiate the "World Pest Day", Rentokil Initial, the global pest control expert, also supported World Pest Day for the third consecutive year. This year, in addition to participating in events held in Tianjin and Shenyang held by CPCA and CDC, Rentokil Initial China also took the initiative to promote basic pest knowledge to the public in the landmark of Shanghai, Shanghai Tower. 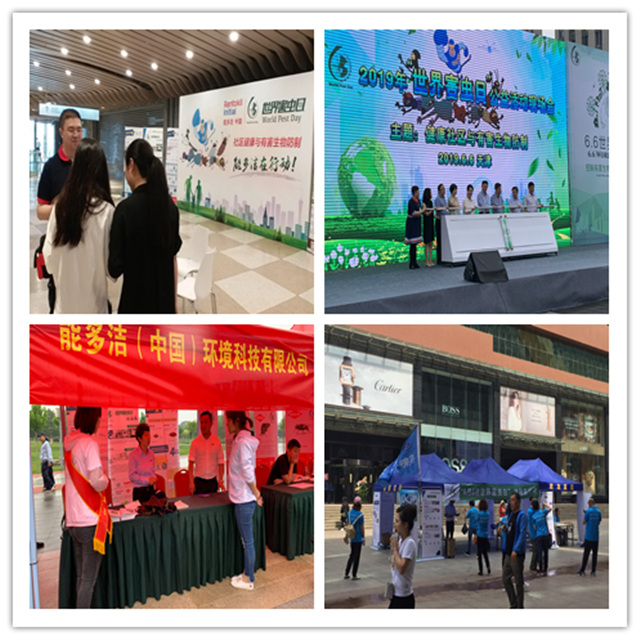 On June 6, 2019, Rentokil Initial held a public warfare activity of World Pest Day at the Shanghai Tower. This is the first time that the pest control (PCO) enterprise has entered the landmark of the first-tier city, like the Shanghai Tower, for public welfare propaganda, which is of great significance to the World Pest Day and the welfare journey of PCO enterprises. 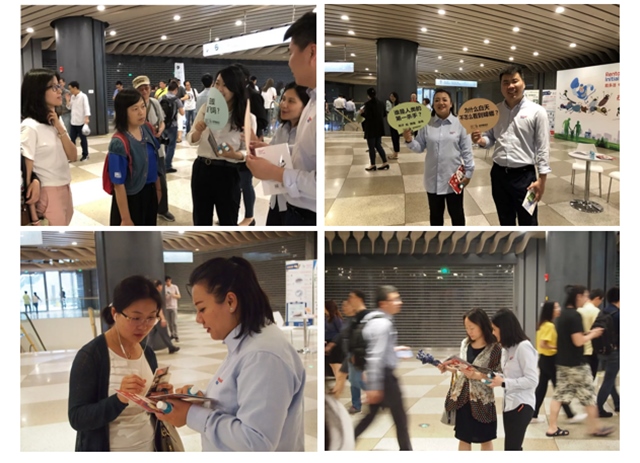 The activity is set at the high footfall area of Shanghai Tower, attracting a lot of office staffs and tourists to visit and consult. During the activity, Rentokil Initial pest control experts not only shared pest knowledge, but also analyzed the causes of pest problems to further popularize integrated pest control management (IPM) . We always emphasize "prevention goes before control", and also the importance of green control. 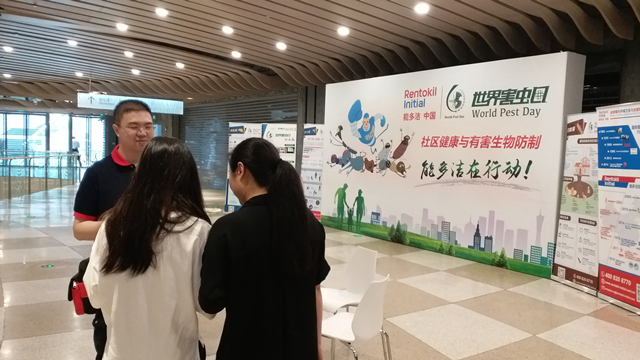 Together with "Garbage Classification Public Welfare Propaganda" held in Shanghai Tower on June 5th , Word Pest Day activity raised the public's awareness for environmental issues, enhanced the knowledge of insect-borne diseases, food-borne diseases, and the scientific understanding of pest control method, which won the praise from all walks of life.

On June 5, 2019, Rentokil Initial, as one of the preparatory member of Shanghai PCO Vector Emergency Team, also participated in the launch of the special campaign for summer mosquito control and press conference held by Shanghai Patriotic Health Office. 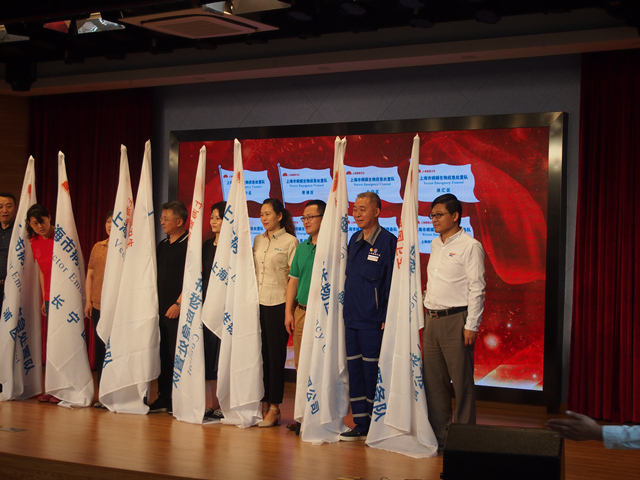 At the meeting, the leaders of relevant government departments commended Rentokil Initial for its outstanding performance during the first China International Import Expo in 2018 and the summer mosquito control campaign. At the same time, the meeting also officially launched 2019 Summer Mosquito Control Campaign .To support the 2019 Community Cockroach Control Campaign initiated by Patriotic Health Office, since June 6, Rentokil Initial has officially started a new round of large-scale community campaign since June 6.

Supporting the World Pest Day, Rentokil Initial also went to the school to share the basic pest control knowledge with the children through a series of vivid animation videos. We help them cultivate correct pest control awareness from childhood, so as to better protect themselves and their families. 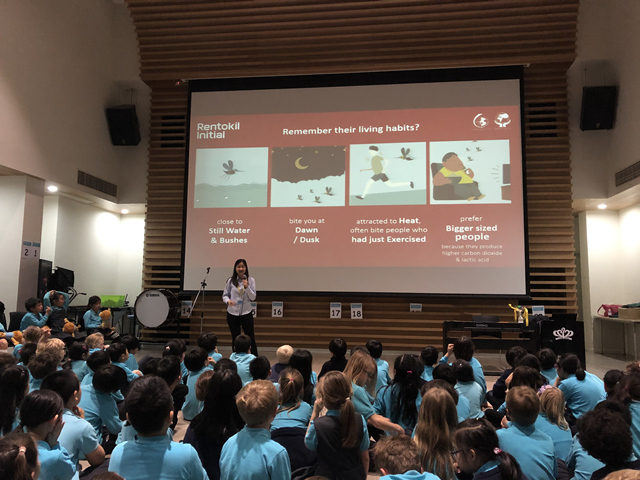 In addition to Shanghai, during 2019 World Pest Day, Rentokil Initial participated in a public activity hosted by the Tianjin Pest Control Association in Zhangjiawo Central Park, Xiqing District in Tianjin and supported public campaign held by Shenyang CDC in Shenyang. 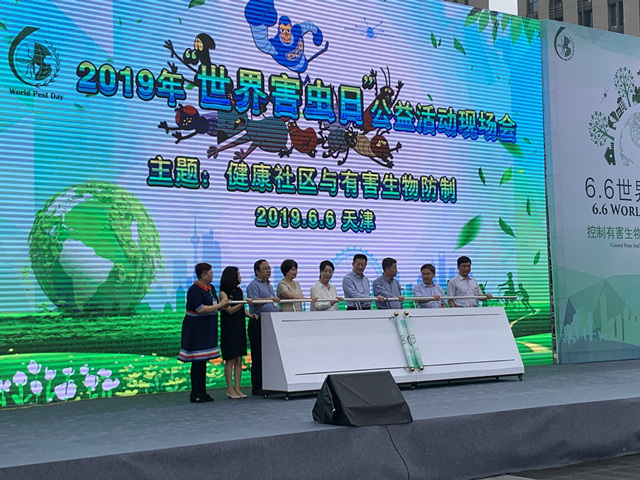 At the scene, Rentokil Initial shared the common pests in the family and the community, such as the habits and control methods of mice, cockroaches and mosquitoes, through one-on-one communication and handing out the "Funny Pest knowledge Leaflet".

Although the 2019 World Pest Day has come to an end, there's still a long journey for PCO companies to promote pest knowledge to the public . Rentokil Initial China will continue to strengthen public welfare activities and publicity efforts, and work with the community to approach the public. We're dedicated to raising the pest awareness of the public and calling on the public to pay attention to the "Small pests, Great health" , thus to reduce insect-borne diseases and food-borne diseases round us.