Termites are considered to be the most destructive insect pests in the world. Many buildings and structures are damaged by these pests each year resulting in huge financial losses.  There are 400 different species of termites in China, but only a handful of them cause problems to properties.

Common termites that do harm to cities in China：

About 90% of property damages in China are caused by Coptotermes species making it the “public enemy number 1” in China.

Do you think you have termites?

Don't waste time, book a treatment now with one of our experts

The basic castes in a colony are queens, kings, workers, soldiers and alates. 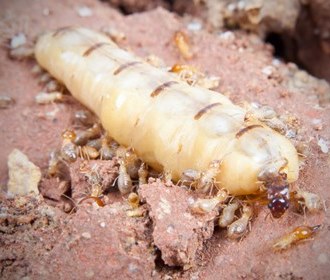 Giving life to the colony

The function of the Queen and King in the termite colony is to reproduce. Starting out life as an Alate, they leave their parents' colony, drop to the ground and shed their wings to seek out an environment to nest. They care for their young until they are able to take over the duties of the colony. 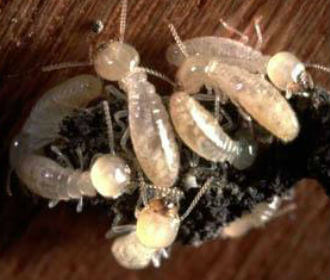 The workers make up the largest number within a colony. They do all of the work (except defend and reproduce): feeding, grooming, excavating the nest and making tunnels. In doing their jobs, they cause the destruction that effects so many homes. 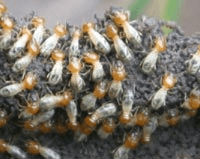 Soldiers defend the colony against attack by predatory enemies such as ants, and are equipped with large jaws, sticky fluids or chemical spray to do so. 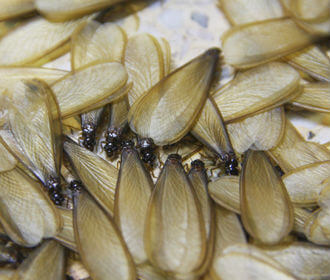 Alates are the winged reproductives that swarm out from the nest and establish new colonies. Male and females pair off and look for a suitable environment to mate. They are often confused with ant swarmers.

Family: Rhinotermitidae (subfamily Coptotermitidae)
Genus: Coptotermes
Type: Subterranean.
Castes: Queen, king, soldier, worker, reproductive.
Nest type & Behaviour: Coptotermes build nest in the soil because they are very dependent on it for moisture. In their search for food, subterranean termites construct mud tubes because they are susceptible to desiccation when exposed to air. They usually work their way above ground to reach wood or any other cellulose source. The cellulose is then broken down into simple starch with the help of the protozoans in the termites gut.

Economic significance: Termites are considered to be amongst the most destructive pest in the world. Termites in China cause an estimated RMB 80 billion of structural damages every year.

At risk of termites?